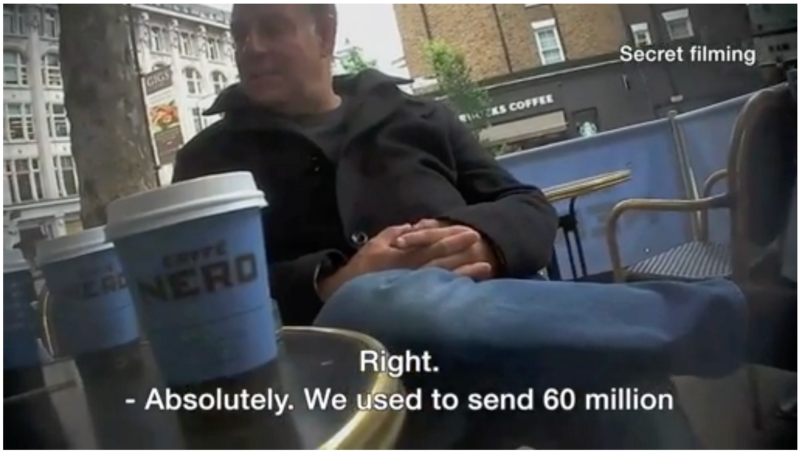 Salman Hossain SaifNovember 16, 2017UncategorizedComments are off for this post

Two men who boasted about being the biggest distributors of nuisance text messages in the UK have been exposed as part of a three-year BBC investigation.

The reporters secretely recorded two men, Andrew Horner-Glister and Barry Sanders, that were involved in an operation ring that were sending over 60 millions SMS Spam messages per month in 2014 and 2015.

The alleged criminals were selling the data captured by responses to their mass SMS spam campaigns. The data were used as sales leads and were sold under different companies that Andrew and Barry operated.

One of the companies under their control that was selling this data is Clarity Leeds. The pair acknowledged that they were harassing millions of people and admited while being filmed that what they were doing was illegal.

In the UK, sending unsolicited SMS messages has been illegal since 2003.

You can watch the video in the link below:

BBC reporter confronts spam texts pair
The men boasted about being the biggest distributors of nuisance text messages in the UK.www.bbc.com

We are releasing a new app that automatically blocks and filter SMS Spam messages on your iPhone running the new iOS 11. Using advanced machine-learning techniques combined with a powerful cloud infrastructure we can filter billions of SMS messages, protecting your privacy, identity and block those annoying unsolicited marketing text messages.

You can check more about SMS Junk Filter here:A�https://www.smsjunk.com

Related Articles
Is SMS Marketing Right For Your Brand? 6 Things to Consider
You did not know this about SMS Marketing